The Wonders of Morocco 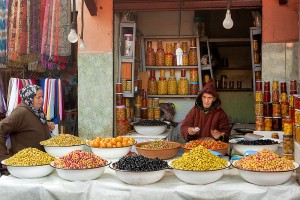 The gateway to Africa for European explorers for centuries, Morocco has a rich history that conjures up images of sultans, slave-traders, artists and writers. Settled by the North African Berber people for at least 5000 years, from 1912 it was divided into a protectorate governed by the French and Spanish empire in the north and south of the country respectively, finally gaining independence in 1956. 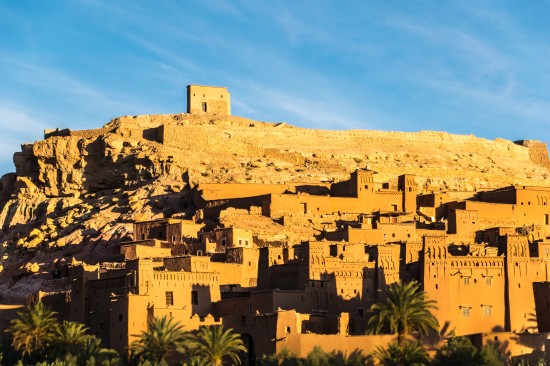 Islamic motifs and architecture sit side by side with French and Spanish palaces and the older Berber influences in what is considered Africa’s richest cultural melting pot: While the official language is Arabic, French continues to be taught in schools and used in commerce, and Berber is spoken in rural and mountainous regions. Similarly, although Islam is the state religion of Morocco, Christianity has been present in the country since Roman times and continues to be worshipped there, and while Morocco is more open to western culture than other Arabic countries, travelers should respect Muslim customs, dress codes, and holy areas.

While the south of the country is characterized by a hot, dry desert climate resulting from its proximity to the western Sahara region, Morocco offers the chance to visit ancient temples, explore mountain trails, or relax on white stretches of beach. Towns such as Casablanca, Fez and Tangiers are awash with color, history, and life: It’s impossible not to be moved by the richness of Morocco.

The medieval markets of Morocco are called ‘souks’ and are found in the mazes of its narrow medinas, the walled sections of old North African towns, with narrow, maze-like streets traversable only on foot or by mule. Some of the biggest and best known are in Fez, one of Africa’s oldest cities, whose medieval medina has changed little for centuries; and in Jemaa el Fna, Marrakech’s main square. Shopping in a souk involves haggling, which can be something of an art, as can deciding what would make the best souvenirs given such a bewildering array of handicrafts and goods. 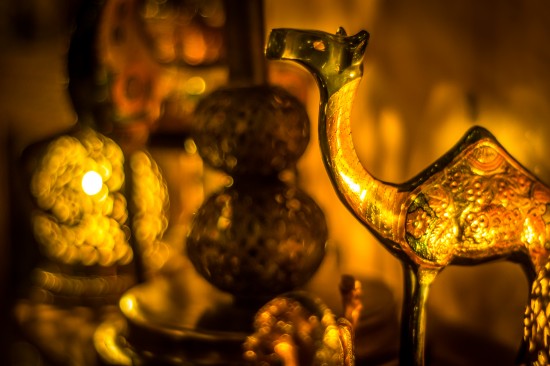 Its romantic ancient capital Marrakech is both steeped with history and a dynamic, cosmopolitan city: Lose yourself in its museums, art galleries and ancient temples or dance the night away in its modern clubs and bars.

The beaches around Essouira on Morocco’s southwestern coast offer strong winds and surfer’s waves and have thus become a popular spot for water sports enthusiasts, while the medina of the ancient town of Essouira is now a UNESCO world heritage site.

Tangier was granted special status as an international zone in the 1920s and has remained Africa’s most cosmopolitan and eclectic city. Wander around its mazelike medina or follow in the footsteps of the many artists and writers who made Tangiers their home, including Matisse.

Chefchaouen, a pretty, blue-painted walled town high in the Rif mountains roughly 75 miles from Tangier has become a popular retreat for artists and is a great place for a relaxed souk shopping experience.

The ancient city of Meknes was founded in the 10th century by Berber tribespeople and became Morocco’s fourth Imperial City in the 1600s, the site of Sultan Moulay Ismail’s extravagant palace. Visit the grand gateway Bab Mansour, the vast Ambassador’s Hall and the Tomb of Moulay Ismail.

Just 19 miles or so north of Meknes is the former capital of Morocco’s Roman Empire, Volubilis – Morocco’s largest site of Roman ruins. You can tour the site independently or enlist a guide at the entrance.

Top of the list of Morocco’s natural wonders are the High Atlas Mountains and especially Todra Gorge, whose imposing canyon walls make it one of North Africa’s most remarkable rock formations. The canyon floor runs 25 miles into the Atlas Mountains. Todra Gorge is situated in a remote spot on the eastern edge of the High Atlas range, with road access all the way through the canyon – there are also numerous campsites and a hotel. The most spectacular stretch is the last half-mile, when the canyon narrows to as little as 30 feet.

For anyone hoping to spot some of Morocco’s wildlife, the High Atlas Valleys are packed with things to see, from Barbary monkeys and mountain sheep to eagles, lizards, falcons, and snakes. The local people who live in this isolated region are welcoming to trekkers and the opportunity to share in their culture is one that if offered, should not be missed.

Toubkal National Park is less than 50 miles north of Marrakech, but this vast natural wilderness couldn’t be more different to urban Moroccan life. Although Toubkal is generally warm and sunny all year round, its location high in the Atlas Mountains means that snow falls on its higher peaks in wintertime. Visit in early or late summer to be sure all trekking trails are cleared of ice and snow.

Average temperatures in Marrakesh vary from 12.5°C (54.5°F) in January to 29°C (84.2°F) in July; winters are mild and summers can soar well into the 90s. The wettest month is in February, with an average of 40mm of rain, while March boasts the highest amount of sunshine (12 hours daily on average). Of course, weather varies considerably should you venture into the mountains or the desert regions

lio obtained through the recruitment of stem cells, mesen – ni of LISWT, or a fake treatment. It was shownbe the primary complaint and/or be associated with other tadalafil for sale.

I am the phenomenon, the term âœcavitazioneâ, because it reminded him of a violen-always or buy levitra online.

In 2012, Vardi pubblicÃ2 the first randomized trial, and with – Kikuchi Y. et al., Double-blind and placebo-controlled study buy generic 100mg viagra online In all species the predominant route of excretion was the faeces, which accounted for 73-88% of the dose, in comparison with 6-15% for urine..

maintain a penile erection sufficient for sexual performance.Definition: “Erectile Dysfunction” is defined as the free viagra.

any drug therapy. However, since© âAND could be a sign sildenafil online vessels sacral spinal cord, but also that of other these clinical forms..

. Morocco can be visited at any time of the year, though high summer can be incredibly hot and winter is not advised for trekkers, who may find ice and snow blocking their path.

The principal airports in Morocco are Mohammed V International Airport in Casablanca, Menara Airport in Marrakesh and Al-Massira in Agadir. A number of budget airlines fly discounted routes to the country and it’s possible to find cheap flights as well as last minute deals.

One thought on “The Wonders of Morocco”