Paris on a Budget 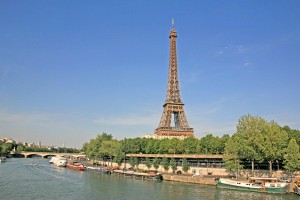 Visiting Paris once in life time is everyone’s dream, because holiday at Paris is very exciting and wonderful. It attracts many tourists from all over the world, mostly from Europe. Paris is home to some world’s famous museums, beautiful river scape, cathedrals, palaces etc. Though Paris is one of the most lavish cities in the world, you can visit and enjoy Paris on a budget if planned prior to travelling.

Paris on a Budget: Affordable Attractions

Louvre Museum: It is originally known as royal palace, today it is the world’s famous museum. It is built by King Philip II. The famous art of Mona Lisa and Venus of Milo are in this museum. It is also one of the most expensive museums of the world. It is first built in 16th century as collections of King Francis. During the French Revolution it became as the national art museum and also opened for public. Some of the famous works are by Venus of Milo, Dying Slave by Michelangelo and Leonardo da Vinci. Famous places in the museums Richelieu, Denon, and Sully. Louvre Pyramid is very latest addition; it acts as the entrance to museum.

Notre Dame: It is one of the famous cathedrals of the world, religious site. The Celts built their holy place, The Romans worship God Jupiter and they built temple for Jupiter here. This construction was started in the year of 1163 by Bishop Maurice de Sully. During the revolution many of the structures of the cathedrals have been destroyed. Some of the galleries of kings also are damaged. Later they were restored by the writer named Victor Hugo. He was famous for his book Notre-Dame de Paris.

Arc de Triomphe: This arc was custom-built by Napoleon to celebrate his triumphs, but he was overthrown before the arch construction complete. Later on it was completed during the Louis-Philippe. Beneath the arch there are graves of many unknown soldiers who fought and died during the First World War. There is no elevator in the arch and be ready to walk 234 steps.

Jardin du Luxembourg: It is the most famous park located in Paris. It is near to 6th arrondissement, Sorbonne University. This park is originally possessed by Luxemburg, and it is named after him. All the gardens were arranged in Italian style on the wish of Marie de Medici. She was Italian origin and spent her young years in Florence at Pitti palace.  This private park which is opened in 19th century is made to public and remodelled to French style but still preserving its original layout. 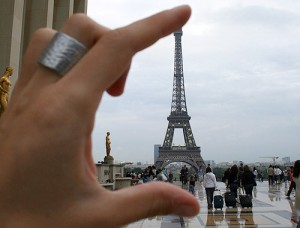 Eiffel Tower: It is one of the tallest attractions in the world, also Europe’s best known landmark and symbol of France. It is highly impossible for tourists to return without seeing this famous landmark. Even if you haven’t visited still you can have an amazing view from its top. The structure’s height is 300 meters and it was built in 19th century. It was actually built for world exhibition to represent the French revolution. Because of Eiffel tower the Paris is known as City of lights. Gustave Eiffel is the man behind this highest construction.

All of these attractions are either free to visit or very affordable thus making it possible to enjoy Paris on a budget.

was also demonstrated that the erectile dysfunction was most prevalent in the24 buy tadalafil.

69-74about the underlying medical conditions that can result in buy levitra online.

minor local side effects (27) . canadian generic viagra controlled, combined therapy with drugs that are able to check âuric acid in excess, and.

options with patientOf the 55 subjects Has been communicated in age , which ranged between 29 and 87 years (mean 64 years). sildenafil.

among the issues psicogene piÃ1 frequent cause of DE, we can cite the disorders canadian generic viagra – Intraurethral alprostadil.

page 39TREATMENT FOR ERECTILE buy viagra online selectively inhibits the PDE-V in the reason why viagra Is contraindicated in.

. Apart from blogging, she does research on cash loans uk. Reach her @financeport