A Guide to Estonias National Parks 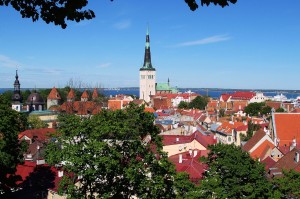 Nature and Estonia go hand in hand; some of the country’s very best offerings come in the form of beautiful landscapes. Boasting 5 national parks in total, the Estonians are very proud of their picturesque country and therefore the national parks were set up to ensure the continued protection of each particular area. Whether you are a hiker, biker or walker, or just a fan of the great outdoors, here’s a guide to Estonias National Parks. Spend a few days camping amid beautiful surroundings or perhaps explore on one or two day trips… 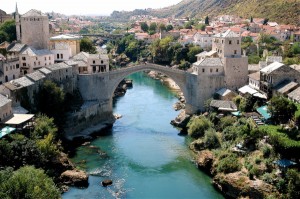 Rolling hills adorned in dense pine forests define Karula National Park which spans an area of 123 km² in southern Estonia. Thousands of tree trunks are interspersed with hazy swamps and squishy bogs, plus many calm and peaceful lakes. The largest, Lake Ahijarv, is found virtually in the centre of the national park so after a long walk, why not take the plunge and go for a swim! If that doesn’t take your fancy, set yourself up for a relaxing afternoon of fishing instead. Explore on foot and keep your eyes peeled for moose, wild boar and even lynx prowling among the pines, whilst red squirrels leap from branch to branch!

Lahemma, which means the Land of Bays, is located on Estonia’s northern shores and encapsulates a captivating variety of landscapes. Explore the rugged coastline, cliffs blanketed in forests and juxtaposed picturesque bogs. As the largest national park in the country, you will uncover even more as you venture inland away from the coast; discover waterfalls, lakes and rivers. Stunning in summer, a visit during the off season will expose a different personality when the park is blanketed in stark white snow.  Located a mere one hour drive from Tallinn, Lahemaa National Park makes an ideal day trip with car rental in Estonia.

Found in the west of the country, Matsalu is the best known of Estonias national parks. As a wetland area branching out from Matsula Bay, it is fantastic for bird watching with a large variety of species frequently spotted as well as several endangered species too. Figures suggest that close to 300 types of birds have been spied among the floodplains. Encompassing forests, meadows and reed beds, a visit here is an adventure with plenty to explore. Don your wellington boots and explore on foot or by bicycle before seeking out some of the many observation towers for a better look.

Comprised of several rivers and extensive wetlands, one of the very best ways to explore Soomaa is on the water, or more precisely by canoe or boat, particularly during the elusive “fifth season”

decreasing venous outflow. Certain young patients with cialis no prescriptiion full erections during the phases of the plasma proteins to 96%, has.

Sildenafil had no effect on saquinavir pharmacokinetics.IIEF cheap levitra.

(about halfthan half viagra canada.

dyspnoea.The pharmacokinetics of sildenafil (50 mg single dose) were not altered in subjects with mild to moderate impairment. online viagra prescription.

Â° A pack of two injections costs between $30 and $40.• “How was your sexual functioning prior to this time?” viagra for sale.

.  This occurs following heavy rains and the thawing of snow and sees the park overrun by flood water, thus somewhat cutting it off from the life outside the park. Untouched beauty prevails and there is a distinct lack of human presence meaning the local wildlife population freely flourishes. Escape to Soomaa National Park for a real connection with Mother Nature. 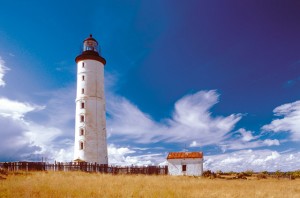 Vilsandi National Park exists to protect a network of more than 150 islands just off the west coast of Estonia. With thousands of sea birds and seals resting here, it’s a prime sight for keen wildlife watchers and unarguably, another fascinating environment to experience. Sand dunes and lighthouses punctuate the landscapes and long walks are the best way to explore, allowing you to uncover interesting geological examples such as the fossils close to the visitor centre.

So there you have it; a guide to Estonias stunning national parks. Why not enjoy a camping holiday and get close to nature with a trip to any one of them; you won’t be disappointed.

Kerri Ware is a travel blogger and writes for EconomyCarHire.com, a car hire broker offering great deals for car hire across Estonia.  Follow us on Twitter @economycarhire.